There’s so much going on in the world right now that has made it difficult to focus on writing. Instead of  finishing my first draft of Withered World, I have been world building my next project, NightWind. It’s a great way to escape the stresses of the real world too if you’re looking for an outlet.

On of my favorite inspiration tools is Pinterest because it allows you to quickly and easily save links, information and images and you can categorize by theme. I don’t need to explain the nuances of the app. I’m sure everyone has an account. But being a writer in today’s world is fantastic. With minimal effort, you can find dozens of bits of inspiration. Perhaps the one drawback is finding too much. Is that really a negative though?

I used Pinterest for The Green Lady to research 19th century Victorian fashion, household items and more. Some of my descriptions you can find in those pages come directly from things I found during my searches, particularly some of Eleanor’s clothing.

The one thing I didn’t do though is consciously use Pinterest as a way to develop an aesthetic for the world. I may have been building a city in the late Victorian era, but there were already built expectations for this world and what it would be like. It was also set in a real place – Baltimore. So I was a bit restricted on what I could do in the world building department.

I also didn’t use Pinterest for my current work, Withered World though. I’m not exactly sure why. It would have been infinitely useful. I created a whole new futuristic earth and didn’t look at an inspiring image once. My story likely would have benefited from this step. Live and learn.

But NightWind is a different story (no pun intended). Even the genesis of the idea is bizarre. I was in the middle of receiving a reiki session from a friend when an image of NightWind came into my mind. It was like a dream and I have never before gotten ideas for stories from dreams, though I do know authors who are so lucky. Being able to dream up such things is a gift I cherish and now, I am expanding and creating a vision and a voice for the story through the images and phrases I find on Pinterest.

I should note that I am doing work outside of Pinterest too. I have been researching various religions and piecing together the belief system for this new world of people. This will extend to battles, architecture and more. The story has a tinge of steampunk, but I really want to keep the airy feel that comes through in the design aesthetic I’ve been building as well. You won’t see that aspect reflected in the below selection, unfortunately.

The rest of my finds are tucked away on a secret board on Pinterest where I have been collecting little jewels of inspiration like the sampling you will see below (I also tried to include citations where I could at the bottom of this post). I’ve also found that sharing this board with my writing partner, J.R. Boles to be really helpful too. She pins ideas for me as well, so I get a good mix of things that I may not have originally considered.We’ve always shared a spirit of collaboration with our writing though. She helps keep me going.

How do you utilize Pinterest in your writing/writing preparation? Please share in the comments if you are so inclined. 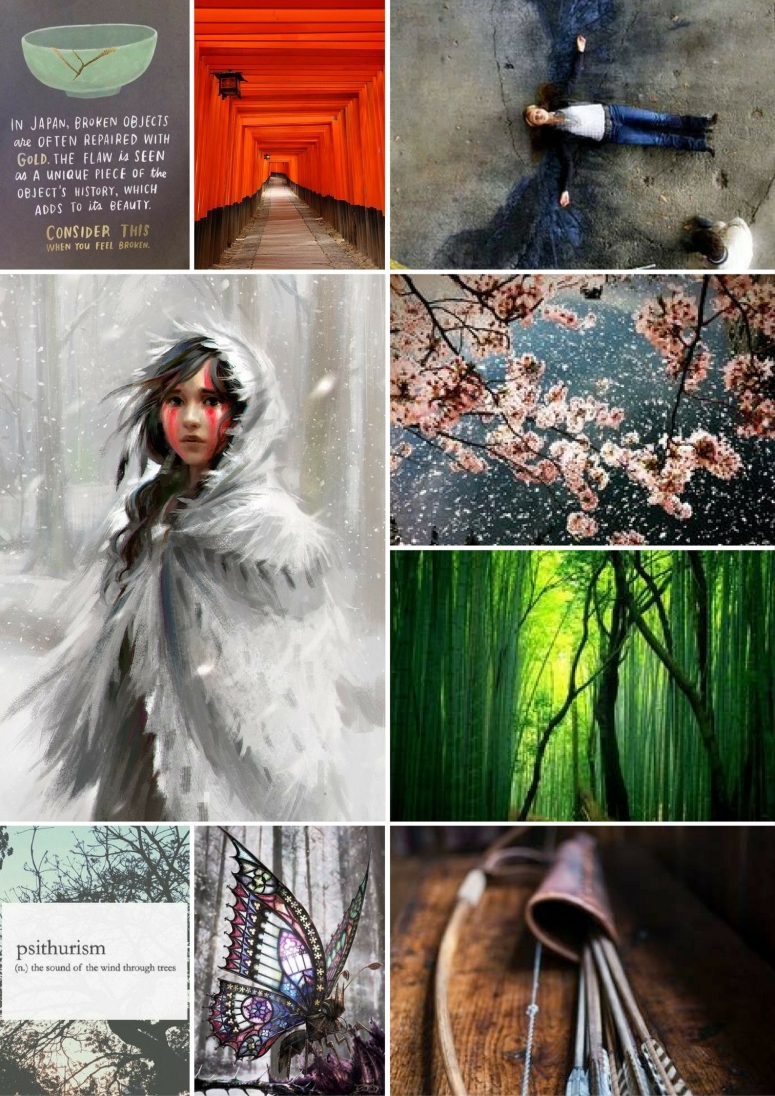